Temperatures are quite warm out this morning. As of 5:30 AM it was 61° in Draffenville! If I didn’t know any better, I’d bet the forecast was for strong thunderstorms!

A few light showers will be possible throughout the day ahead of the cold front. This won’t put too much of a damper on highs though as afternoon temperatures should top out around 65°. A gusty south wind is possible around 10 to 15 mph, with gusts as high as 25 mph possible. 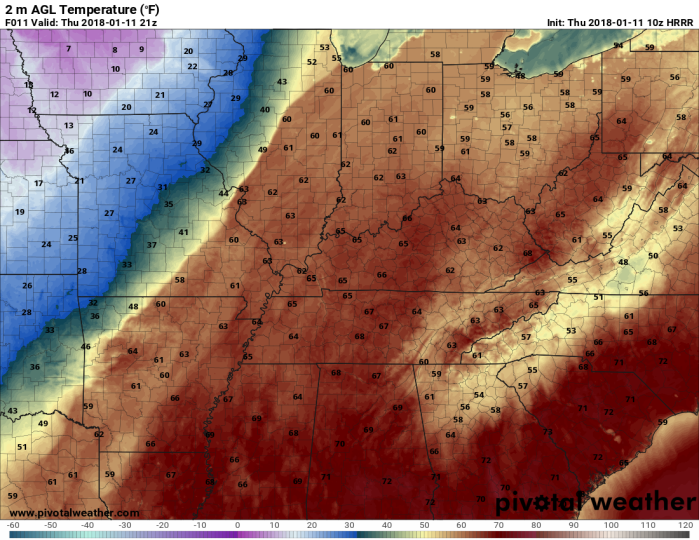 The cold front is expected to move through the region at 9 PM tonight. This will signal a quick drop in temperatures. Reminder that the Winter Storm Watch goes into effect at that time. 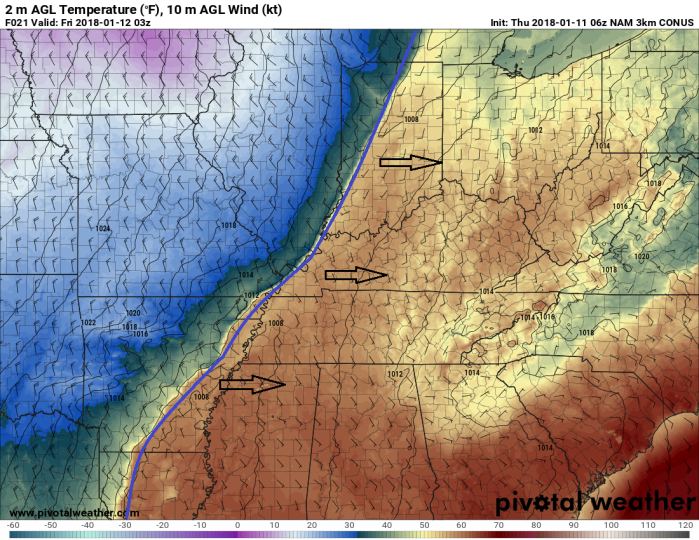 The first transition from rain to freezing rain will likely occur around midnight. Enough freezing rain is expected to create an icy glaze across area roadways. Sporadic power outages and tree damage may also be possible in isolated locations. 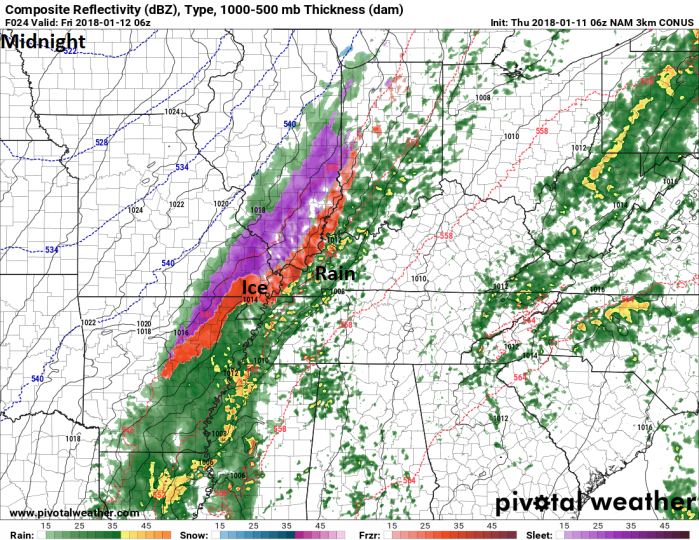 The second transition is from freezing rain to a freezing rain, sleet, and snow mix. This will likely occur around 5 AM. This will create more icing issues, mainly on area roadways. The longer sleet falls, the less snow we should expect.

The last transition is from the wintry mix to all snow. Right now, this looks to occur around noon on Friday. This will be as the moisture begins to depart the region, thus, snow amounts may be fairly light.

Now, there are some complicating factors to all of this. With the amount of energy we have in the atmosphere some thunder and lightning is possible with the wintry precipitation. That could increase totals on a very local scale.

Another complicating issue is whether or not there will be a deformation band. A deformation band is a tight band of enhanced, heavy precipitation located to the northwest of the surface low pressure system. If a deformation band forms, there could be a tight gradient of snow across the region. Right now, my money is on areas to the east of here, but that may change.

Friday night lows will drop back into the teens, while Saturday and Sunday highs remain in the twenties. So, not much in the way of melting is expected. Another light snow event may be possible on Monday. We could see single digit temperatures again next week.

That should wrap up this forecast. Thanks for stopping by and I hope you have a great day! Enjoy the calm before the storm!